I wrote an article for 24Hours Vancouver about what should be on your Whitecaps Bucket List for the 2012 season. What would be on yours? 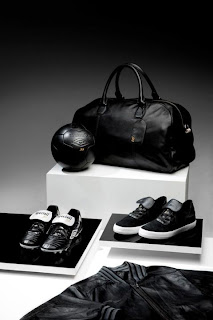 On Sunday night, Paul Dolan, Whitecaps FC Radio Analyst; Canadian Mens National GK coach and Umbro rep joined Full-Time to talk about the new Umbro Speciali that is currently available. The new line is limited edition lifestyle capsule collection from Umbro to celebrate the 20th anniversary of their iconic Speciali boot. The items in the collection range from:


Time now to explain the CONTEST: With all the buzz surrounding Speciali '92, we've decided to giveaway a few pieces! Starting Monday December 5th, to December 16th we will be posting one trivia question per day. Each question will have a point value, in order to earn points you must correctly answer each question. For Facebook participants: you simply comment on the corresponding status update with your answer. For Twitter submissions, just reply to our tweet. The first person to get 92 points will win the contest. 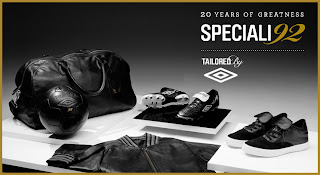 The question today is:

Name the player that said:  “I’ve worn Umbro Specialis throughout my career and I’ve scored many memorable goals – both at club and  international level. As a youngster, I would take great care in looking after my boots and my dad would encourage me to clean them after every game. Umbro’s Speciali boot is so close to my heart that I even named one of my horses after it!”


A closer look at a few of the items in the Umbro Speciali 92 line. 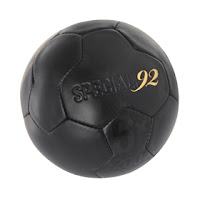 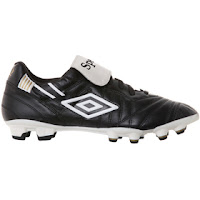 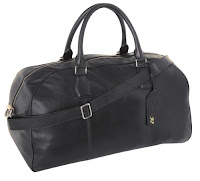 Email ThisBlogThis!Share to TwitterShare to FacebookShare to Pinterest
Labels: Umbro

Barber is leaving for another opportunity, but left it vague as to where he may end up. Most speculate it's back in the English Premier League. Some have even said the London Olympics, but hiring someone of his stature this late in the game seems confusing. So we'll stick with soccer at the highest level in England.

In giving Lenarduzzi and Lewis more responsibility, the Whitecaps are seemingly taking a step backwards, back to the USL and NASL days with the same top level execs that had a division 2 team running.

For many, Bob Lenarduzzi is seen as a great spokesman for the club and does that role extremely well, but many of the fans and business people don't see him as a businessman, instead he trades on his name ad legacy. A person that attended one of his speeches at a BMO event, gave me this review, "what was the point? He told stories that had no interest to the business people there."

In Rachel Lewis, the clubs chief operating officer, they have someone who is regarded as Business in Vancouver's 40 under 40 list in 2009. Some would even suggest she has quietly been a key figure for the Caps behind the scenes. But she's quiet, and perhaps that's the problem.

The other problem lies in talking to people associated with the club during the division 2 years at Swangard Stadium and the city of Burnaby. The reviews of Rachel Lewis with those people are less that desirable.

The Whitecaps have gone from a man at the top of his professional with major experience in the soccer world and could captivate a group with his stories and his business sense. Now you have a quiet COO with some less that desirable reviews and a President with an apparent lack of business aptitude. One interested observer suggested it's 'quite the downgrade'.

It's now three coaches in one year and a CEO gone. It's going to be an interesting time in the Whitecaps front office on the business side of things. Barber has two months to make sure there's a plan in place and Lewis and Lenarduzzi can step their games up to a major league level.

All but one MLS club will play in front of their home fans by the end of Week 3 of the 2012 regular season. The Houston Dynamo look forward to their May 12 debut in a sparkling new downtown stadium built specifically for soccer. The Montreal Impact’s first home game in MLS will be played at Olympic Stadium on March 17. The newly-renovated Stade Saputo is scheduled to open in June.

Times, opponents, and national broadcast information for these games will be included in the entire regular season schedule, which will be announced upon its completion in the coming weeks.

Each club will play 34 games in the 2012 MLS Regular Season; CLICK HERE for details on the format.

NEW YORK (Monday, Nov. 21, 2011) – Major League Soccer today announced the available player list for the 2011 Expansion Draft. On Wednesday, November 23, at 3 p.m. ET the Montreal Impact will announce their 10 player selections during a press conference from their Montreal offices. The event will be streamed live on MLSsoccer.com and ImpactMontreal.com.

Each current MLS club has had the opportunity to protect 11 players from their 2011 roster. Generation adidas players (who did not graduate at the end of the 2011 season) and Homegrown players are automatically protected and do not count against a team’s 11 protected roster spots. Designated Players do not have to be protected unless the player has a no trade clause in his contract. MLS Clubs may lose no more than one player from their 2011 roster during the Expansion Draft.

COMPLETE LIST OF AVAILABLE PLAYERS FOR THE 2011 EXPANSION DRAFT

The Vancouver Whitecaps FC have made the first public statement about their interest in former Manchester United midfielder Owen Hargreaves. Speaking with the Globe and Mail’s David Ebner, Whitecap co-owner Jeff Mallett said that Hargreaves “knows our interest”, adding that “We’ll make sure, when he makes the decision, that we’re on the option list.

Full-Time: Vancouver's Soccer Show
Full-Time: Vancouver’s Soccer Show on the TEAM 1040 is a dynamic program featuring all the news, stories and interviews from the soccer world. Join Tyler Green and Mike Martignago, Sunday nights from 9pm – 11pm for an in-depth look at the beautiful game. From the local clubs to the world stage, Full-Time has you covered. 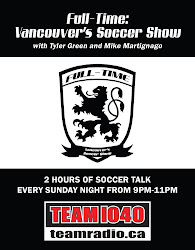 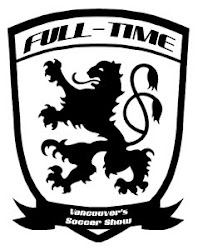